Winning Heroes of the Storm Brawls 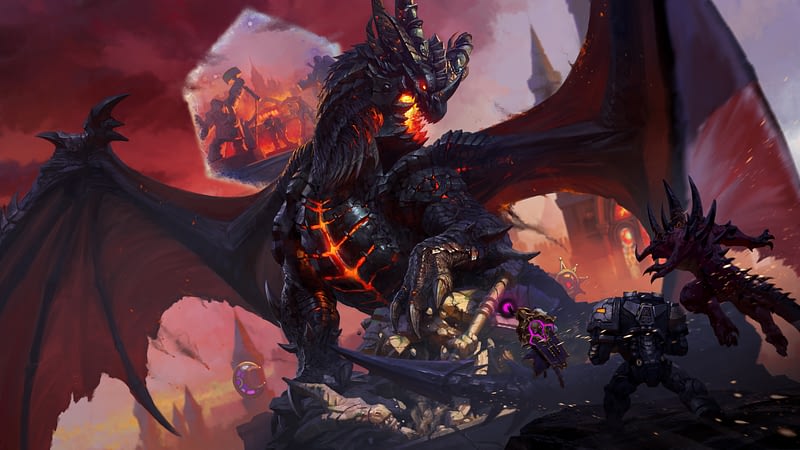 If you’re interested in winning Heroes of the Storm Brawls, you must understand the Brawl Rules, but before we get into that, let’s talk about why you’re here.

Chances are you’re reading this because you pointed to someone’s stats as the weak link in a Heroes of the Storm Brawl or looked at someone’s talent tree and highlighted it as the cause for an ARAM (all random, all mid-lane) failure.

Unfortunately what you really highlighted is your inability to discern team skill, and broadcasted it to the team. Instead you could be winning Heroes of the Storm brawls much more often by focusing on what really matters. What you need to understand is Brawl Rules.

A Complex Game, but a Simple Cause?

You see, there are a large variety of factors in a game like Heroes of the Storm. There are movement issues: speed ups, attack speed changes, slow downs, and stuns. There are team dynamics like grouping too tight, not grouping enough, harassment, tanking, and placement. There are team comp issues, play style, hero familiarity, skills, talents, feeding, avoidance, clutches, and so many other things, but then it all comes down to a couple poorly chosen talents? 🤔

I can understand why, in the heat of the moment, you might want to look for a cause or someone to blame, but that kind of scapegoating doesn’t make anyone better. Knowing the true reasons for a successful match will.

If you want to enjoy Brawls and begin winning Heroes of the Storm Brawls more often, the last thing you need to know is talents. If that shocks you, you will want to read on. If it makes sense to you, a lot of what I’m about to say will probably already resonate with you, but there are probably still some things that will help your game.

In either case, read on to understand the Brawl Rules and maximize your Brawl fun and skill.

A Different Type of Game

The first thing you have to realize about Brawls is that they are different from any other game styles. There are a lot of things all play styles have in common, but the games are just so different.

ARAM Brawls don’t have objectives that generate a great deal of the success of a match. You don’t choose your heroes, but select from 3 random choices. You don’t have anywhere to run or hide. You only have one lane, and it’s all about the fight.

To think that playing Brawl uses identical tactics to Quick Match or League Play is like thinking football and soccer are the same. Skill is the same. Team play is the same. Focusing on goals is the same, but the games are much different.

I play Brawls almost exclusively. I’ve played over a thousand brawls in just the last 12-18 months, easily putting me in an elite group of maybe 5% of all Heroes of the Storm players. Overall I’ve had just under 100k takedowns and played nearly 10,000 games. I can tell you that I’ve seen first hand what leads to success and what leads to failure, and it’s probably not what you think.

In fact if you want to spend your time winning Heroes of the Storm Brawls, it may be time to check out the Brawl Rules and rethink what matters in a successful game.

The fact is that if you are here, you probably already know play style is way more important than talents. After all, if all it took to win a game is for everyone on the team to choose the right talents, the game would just ask what talents you choose and then tell you the results of who would win. Why would anyone even play?

If you really want to win, talents are the last thing you need to think about. Stats aren’t as important either, but both are helpful, obviously. These things are tools to help you win and see where you are performing, but the real way to win is by adhering to several key rules of play style: Brawl Rules.

The fact is, most Brawls are easy to determine how they are going to turn out. As quickly as the hero selection screen you can start to see where people land on some key rules and, as everyone starts playing, their standing on other rules becomes more evident.

Winning is about having a team who understands the rules and applies them almost without flaw. As Brawls are random, it’s often hit or miss on whether people will adhere to these strategies, but two things are true: those that employ them have a much, much, higher chance of success, and those that don’t can’t make up for it with all the best talent choices in the world.

The rest will take care of itself.

The Rules for Winning Heroes of the Storm Brawls

Here are the Brawl Rules you need to follow in order to win in Heroes’ ARAM Brawls. Like any rules, there may be times that these need to be broken, but the higher up they are, the less you should break them, particularly to adhere to a rule below it. Follow these, and find a team that does the same, and you will have the enemy’s core down in no time.

Focus on the Fundamentals

There are a ton of other things that could be said including on talents, but to be honest, talents aren’t really that crucial. Think about it: you have 5 people vs 5 people each with 7 talents or 70 talents for a full game. Do you really think that between all the stuns, slows, harassment, team play, focus fire, etc. that 2 talents out of 70 throws the game?

Winning is in play style. It’s more important to work with talents that you know and excel at and then focus on good team play than it is to choose a specific set of talents. Are they important? Absolutely, but if you’re losing, dollars to donuts talents aren’t the reason. After all, if talents were the only reason for a win, how much fun would the game be anyway?

Follow the Brawl Rules and focus on good team play. If you are playing as an individual with 4 other individuals vs. 5 people who play as a team, there aren’t enough perfect talent trees in the world to save you. At the same time if you are playing as a team, choosing well, sticking together, focusing well, protecting each other, and fighting as a team, all the talents in the world are just gravy.

If you focus on talents and stats, you’re missing the boat. The person with the low stats may have low stats for other reasons. Perhaps the tank isn’t tanking so they can’t safely deliver damage. Perhaps the healer isn’t healing so they don’t have the health to tank the front line. Perhaps they are targeted because of their initial high damage and their team just lets them die.

One time I played Gul’dan where the tank stayed in the back line, and I had atrocious stats. The very next game I was Gul’dan again and had the best stats on a team with double Mephistos. Although they are helpful, in a team-based game stats are simply not a foolproof measure of success by any stretch. There are too many variables.

Instead, focus on strong team play. Obey the Brawl Rules and find yourself winning Heroes of the Storm Brawls much more often.

Stay alive. Keep your team alive. Play as a team. Choose your role for the sake of the team and play it well. Target wisely with proper focus, cunning, and skill while focusing on kills. Be aggressive, but wait for windows. Don’t give up, and be positive.

You can focus solely on talents and stats without really excelling at strong team gameplay, or you can win. Which do you want to do?

The Rest Is Up to You