If Rule #1 is Stay Alive, it’s worth noting it’s worthless if your team is dead. That’s why in the Heroes of the Storm ARAM Brawl Rules Rule #2 is Keep Your Teammates Alive.

Have you ever seen a superhero movie where the superhero is completely outnumbered? The henchmen swoop in surround Wonder Woman only for her to devastate each one of them, throwing them, smacking them, and knocking them down. For a super hero, it’s an easy feat.

It’s simple math. If you are an absolute godlike player and are twice as good a hero as any other player and you do double the damage, one player against a full team is still only 2/5th of the damage they can do. Plus, they have more stuns, heals, etc. than one person alone. Make it two against five, with both of you doing double damage, and you’re still out-damaged.

But the thing is the best players don’t do double damage… they maybe do 10 percent more damage, 20 if they’re super-skilled. Also it’s not in how much damage they do, but how wisely they apply it to the right targets. (It’s also in following the Brawl Rules!)

What that all means is this: don’t be a hero. Don’t try to carry the whole game by yourself. It’s going to be easier for everyone for you to follow Rule #2 and keep your teammates alive. If you’ve ever seen a death conveyer, you know what I’m talking about.

If you’ve played Heroes any length of time, you’ve seen the death conveyer. A team gets decimated, and everyone dies. Instead of waiting for the group, as each player revives, they head out with the confidence of a lion and the odds of a lamb and head into the fray. The 1v5 fight ends just as the next player arrives.

One by one the death conveyer brings each new bundle of XP to the other team, like an unending bag of presents on Christmas. The feeding continues until the core comes crashing down.

Why Keeping Your Teammates Alive Is Rule #2

Sure you want to just have HOTS fun and play the game, but if you want to have fun, you have to do more than just stay alive. You wouldn’t expect to have fun if you didn’t know HOTS heroes roles and how to play your role well. In the same way, you’re going to have the best time if you play in a way that maximizes your chances of winning.

Sure, there will be those teammates that simply put themselves in terrible situations. Your goal is not to overcome poor gameplay. Your goal is to do what it would take to save someone who’s trying to play a strong game. You can’t put yourself in jeopardy for someone who’s going to get you both killed. Do what you can, but don’t turn one death into two trying to save someone who simply isn’t going to stay alive anyway. 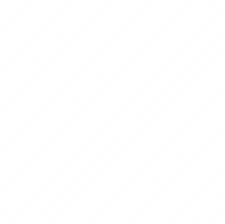