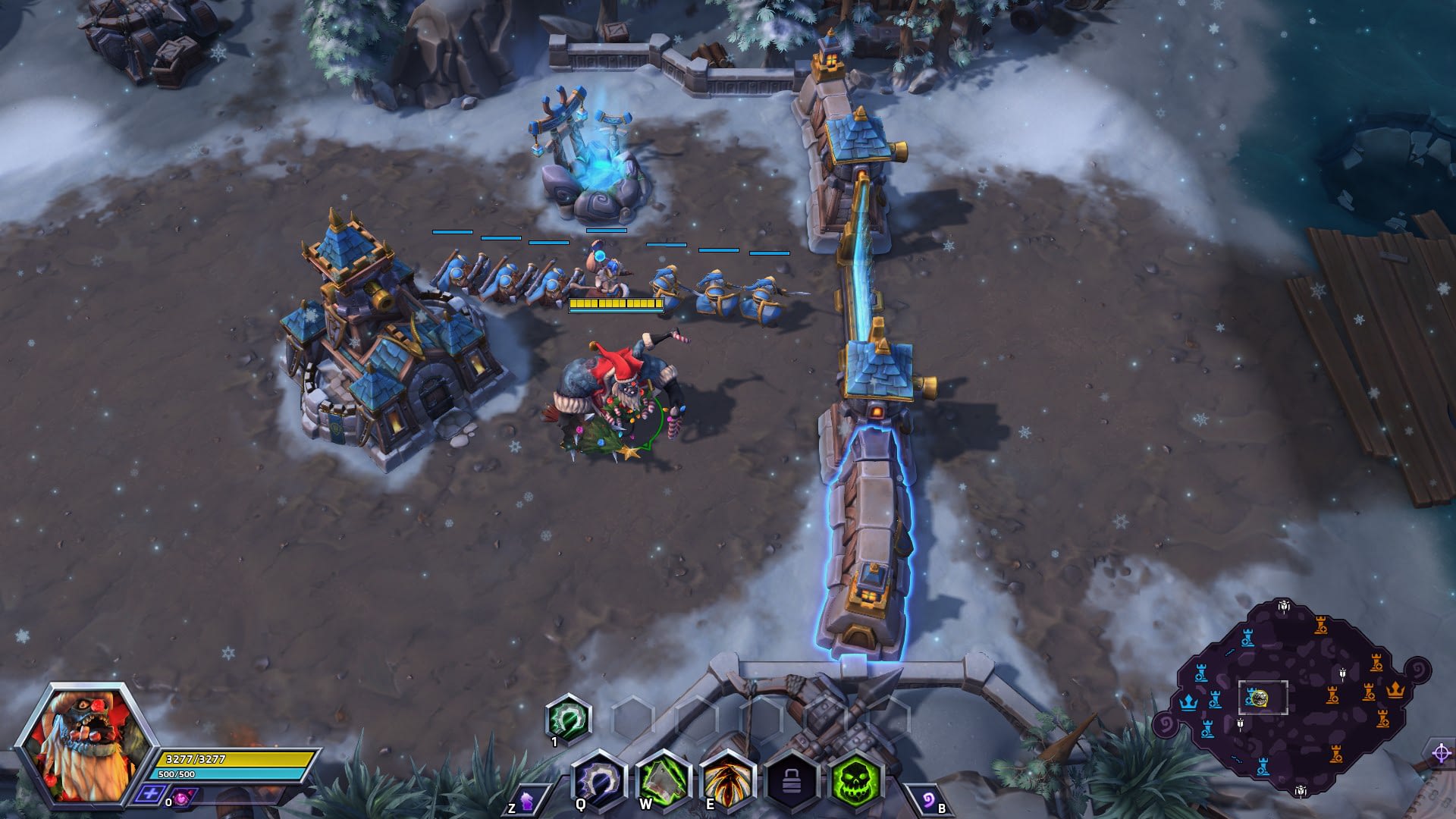 It should be a rule that doesn’t need to be stated. Unfortunately it does: Rule #3 – Play as a Team.

I have played a ton of first person shooters (FPS). You grab a weapon, head out into the unknown, and blast anything that comes your way. It’s a lot of fun and a great way to play when you’re just killing time. You don’t have to connect with anyone else; you can just hop onto a computer or tablet and have at it.

When you jump into Heroes of the Storm one thing should be glaringly different: you’re on a team. Sure, an FPS can be played with other people, and, yes, HOTS can be played with AI teammates, but one is completely accommodating to a single-player experience and one has team play not as an option, but as a requirement.

This should make Rule #3 – Play as a Team – glaringly obvious. Unfortunately it’s not, and how well people do when it comes to team play is typically the deciding factor in who wins.

Rules 1 and 2 Are Pointless without 3

Playing Heroes of the Storm ARAM brawls requires a certain level of skill. At the same time, following the Brawl Rules is crucial to making that skill worthwhile.

To play well, you must follow the rules, starting with Rule #1 – Stay Alive and Rule #2 – Keep Your Teammates Alive. After all, you can’t do damage if you’re dead and you make the other team stronger every time you die. You also may struggle to enjoy HOTS fun if your game is always focused on running back to the fight.

But if you can’t play a good team game, it doesn’t matter. I’ve seen time and time again where one team would not die, but they would also not hold the other team back. They hid behind their gates (don’t get me started on this messed up strategy – maybe another day) or evaded the attacks, but eventually the other team swept through. Why? Because they played as a bunch of individuals and didn’t follow Rule #3 – Play as a Team.

How to Play as a Team

Playing as a team requires you to put aside the FPS mentality of every person for themselves and think about the team as a whole. If you’re the type of person who gripes about kill-stealing, you need to listen up: it’s not about you; it’s about what’s best for the team.

Focus on these strategies to follow Rule #3 – Play as a Team to win Heroes of the Storm ARAM brawls:

Even though Rule #3 – Play as a Team isn’t the first rule, it’s the most crucial part to success. Rules #1 and #2 are in service to rule #3: stay alive and keep your teammates alive for the sake of the team. When you learn to master playing well as a team, you learn to master Heroes of the Storm ARAM brawls.