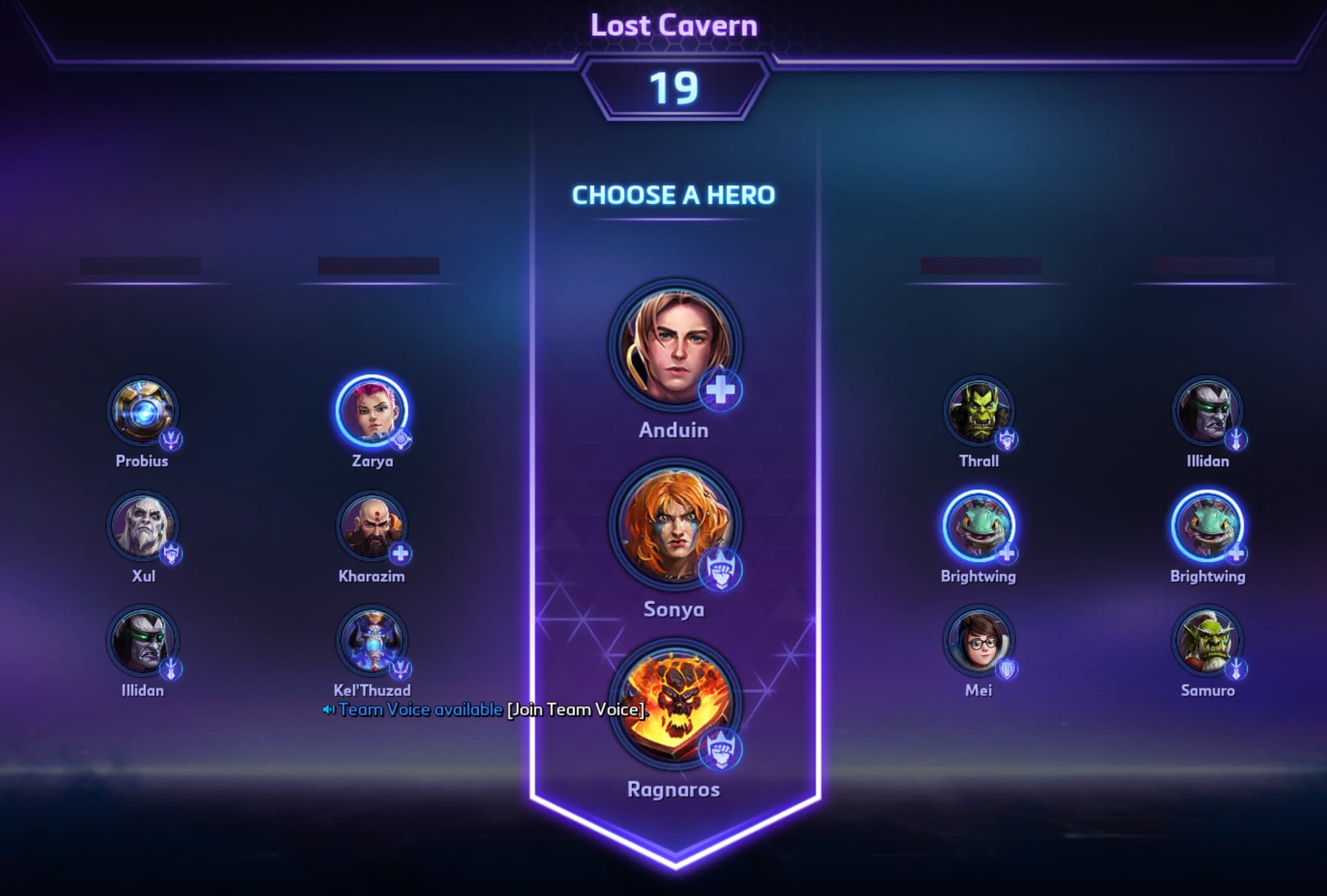 For anyone who’s watched the hero selection timer count down to the single digits as someone on the team still hasn’t chosen a hero for an ARAM brawl, you know all too well what happens when someone doesn’t follow Rule #4 – Choose Your Role Well.

Here’s how to make better choices for you and your team.

There’s nothing quite as chilling as the initial countdown to a Heroes of the Storm ARAM round when one of the teammates hasn’t done anything to select their hero. As the timer approaches zero and teammates are throwing suggestions and questions their way, nothing changes.

As the need for them to choose a tank or healer grows and the timer expires, the selection screen disappears and the selected team fades in to a collective breath of relief or a firm belief that the term AFK is missing a couple appropriate letters.

This isn’t to say the team is screwed without a healer or a tank; I’ve seen both make it through. But when one team is well-formed and the other isn’t, the odds are definitely not in your favor.

Instead of starting a Heroes of the Storm ARAM game AFK, take a few key rules to heart so you can follow Rule #4 – Choose Your Role Well.

How to Choose Your Role Well

So, you follow Rule #1 – Stay Alive, Rule #2 – Keep Your Teammates Alive, and Rule #3 – Play as a Team. What’s next? Obviously, there’s more to the game than just existing. You need to choose the right hero to play for the circumstance.

Now, I’ve already covered the HOTS hero roles and how to play your role well before, so there’s no need to rehash. What I’m going to talk about here is simply choosing your role.

There’s a lot of complexity in Heroes of the Storm, so we’re just going to focus on some key things to keep in mind when choosing your role. Most people know the basics, but some miss some of the nuances. Knowing a few key principles will keep you winning more Heroes of the Storm ARAM brawls.

The Basics to Choosing Your Role Well

Follow these basics, and you will be well on your way to a better game:

Again, there are a lot of nuances and complexity to choosing a role well. For instance, do two bruisers make up for a tank? Sometimes yes and sometimes no, and sometimes it only takes one. As you grow in skill you will know when your choices work and when they don’t. The important thing is to learn the basics so you can follow Rule #4 – Choose Your Role Well and win more Heroes of the Storm ARAM brawls.