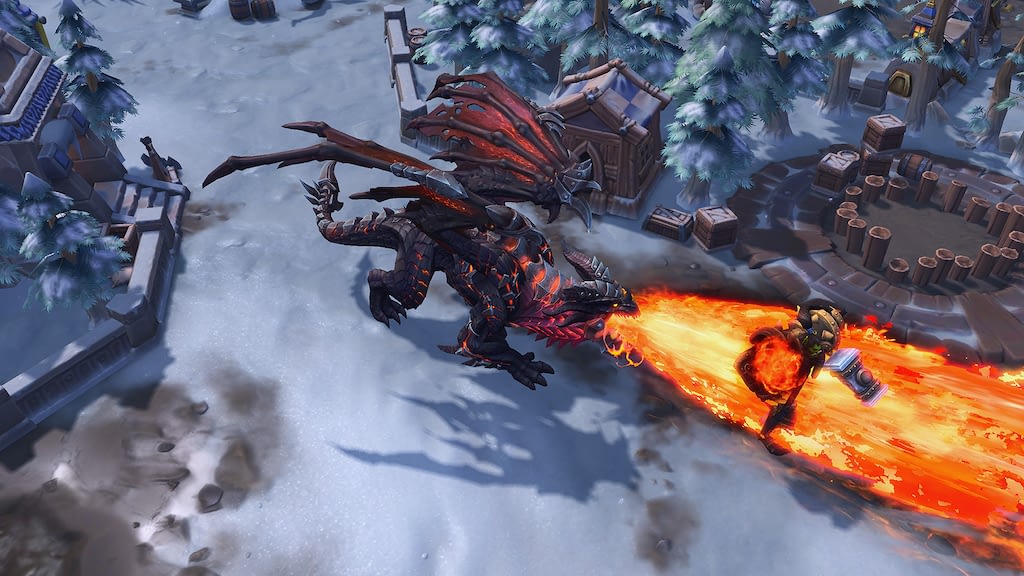 If you’ve ever played a Heroes of the Storm ARAM brawl where you were absolutely crushing it on damage, yet still lost, your head must have been reeling. Understanding HOTS highest DPS and where it falters can clear things up.

One of the most annoying games I played was with a team of two Az’s vs. one. Someone ignored Rule #4 to Choose Their Role Well and went with Mephisto instead of Dehaka on a team already riddled with damage possibilities.

We were crushed because they could easily break into our line and our team was less than cohesive. Still the one thing that really bothered me the most: people were just fighting any fight. They were doing damage, but weren’t getting anything for it. Sure they were getting HOTS highest DPS, but weren’t wining the game.

One reason was because of the other team’s Az. He was off to the side, doing damage and no one was paying attention. All it would take is opening the stat screen to see he was the biggest damage dealer and the biggest threat (one of the important things that Heroes of the Storm stats DO tell you.)

No one was paying attention. No one was doing anything by running around getting crushed. We were playing against a basketball skinned Az with HOTS highest DPS, and the game was a cluster dunk.

A Side Note about Stats

On a side note to show how stats are a terrible way to show where the problem lies, as our core dropped our Lucio yelled at both the Az players – me included – saying we were the worst Az players ever. The error in his simplistic view would have been evident to him in the next game where I was Az again and claimed MVP.

Just like other similar games yelling at a player by stats shows more about your lack of understanding about how ARAM brawls work than it does about the player’s abilities. Knowing the Heroes of the Storm ARAM Brawl Rules is what wins games.

The problem wasn’t that we weren’t doing damage. The problem is we were being destroyed because we had no tank, and had no cohesiveness as a team.

How Did We Lose with so Much Damage?

Too often people do damage without getting kills or focus on the easy target instead of the important ones. Sadly, what most people don’t realize is most teams will keep fighting even when outnumbered; if you get one person down, you’re now 5v4 and they keep playing.

Get the right person down and then the team follows like dominos. If they start to panic, as they rez, they will start coming at you one at a time for a stream of quick kills and an easy win.

Understanding HOTS highest DPS means understanding that doing the most damage isn’t the key to success. It’s following the Brawl Rules of good skill and team play. It’s choosing the right role for the game, even if it’s not your best hero. It’s playing your role well and supporting the team well.

You can do a lot of damage without playing a good game, but it’s rare to play a solid game of good choices, solid team play, and skill without winning.