Why You Need to Regroup 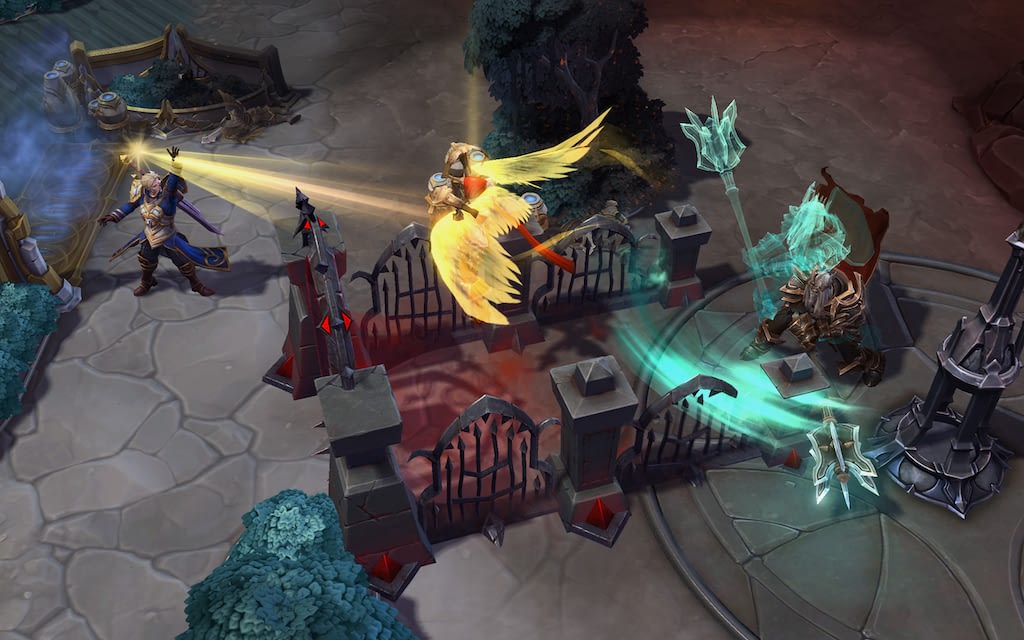 If you’ve ever seen a game that’s glaringly one-sided suddenly take a turn and flip around, you’ve most likely been in a game where people didn’t regroup. Here’s the simple truth about why you need to regroup to take the lead.

Everyone has been in a game that’s not in your favor. Whether it was bad options for heroes, poor gameplay, or simply being outmatched, the situation was grim and you couldn’t find a foothold.

You couldn’t find one, that is, until one poor move on their side, like taking the fight out of the lane, or a brilliant move on your side, or some combination of the two left them one hero down. With the teams now being 5 to 4 and a bit of adrenaline coursing through your teams veins, you manage to knock another team member out.

Here’s where it gets fun. Your team is almost twice as big as theirs now at 5v3. They have a choice. They can pull back and regroup, or you can force a flip. Basically, as long as they keep coming at you and you play it cool, you will maintain a superiority in numbers.

And that’s why you need to regroup. Simple Math.

Why You Need to Regroup

The thing is, when the tides begin to turn, most people try to play the hero. I get it. I’ve done it. They run in, thinking they will throw down an ult., kick some ass, and save the day.

The Butcher is the worst offender. Anyone playing the Butcher seems to think they are immune to all damage, even if they haven’t locked in yet. You can hear that Ruthless Onslaught firing from a mile away. They run into a 1v5 and are dead before you know it.

That aside, the fact is you simply need to look at the math. If you are 4v5, be careful, but play as normal. But once you get down to 3v5, you need to play it safe. Look for towers, forts, and minions to bolster your numbers. You’re almost at a 2 to 1 disadvantage, which is why you need to regroup.

If you want to know when you need to regroup, it’s simple: do the math. Anytime they outnumber you by more than one person, regroup, otherwise you are simply giving them a chance to flip the game. Maybe they won’t take down your core in one push, but with some heroes all they have to do is expose it.

That’s one of many reasons why you need to regroup, but it all boils down to this: math. Anytime you’re vastly outnumbered, you simply leave yourself open to a horrible defeat. Instead, regroup, play it smart, and win more Heroes of the Storm ARAM brawls.